What Does MACRA Mean for You?

By 2015, it had become apparent Medicare costs and spending was outpacing the nation’s gross domestic product. Without congressional action, Medicare providers including doctors and hospitals were staring at a 21% decrease in reimbursements. Such a drastic change in payments would’ve shaken the healthcare industry to its core.

In a measure to change the reimbursement formulas for providers, on April 16, 2015, the Medicare Access and CHIP Reauthorization ACT (MACRA) was passed. Included in the nearly 2,900-page bill were additional changes Medicare beneficiaries wouldn’t feel until now.

By now, Medicare beneficiaries should have received brand new Medicare identification cards. If you look carefully, you will notice your Social Security number has been removed and replaced with a Medicare Beneficiary Identifier (MBI) number.

MACRA required the Centers for Medicare & Medicaid Services to improve the security of Medicare ID cards. If you have not received your new card, contact Medicare at 1-800-MEDICARE or print your card at www.MyMedicare.gov.

Medigap Plans D and G, which have previously been non-guaranteed options, will become guaranteed issue beginning January 1, 2020. These plans, which are similar to Plans C and F minus coverage for the Medicare Part B deductible, will be available to individuals eligible for Medicare after the first of the year.

As a popular replacement to the disappearing Plans C and F is the newly created Medigap Plan G. This new plan is one of the most comprehensive Medigap plans available. Under Medigap Plan G, everything that Medicare does not cover is covered, apart from the Medicare Part B deductible.

At the core of MACRA were changes to the reimbursement formulas and payment systems for providers. With 90% congressional support, MACRA set out to update the outdated Balance Budget Act of 1997 which included a flawed formula. As a Medicare beneficiary, you will not see any impact to your care or coverage. However, it is important to note that as a tax paying citizen, MACRA made a shift by replacing the volume-based provider payment method to a merit-based one. This is a change focused on quality of care, not Quantity. 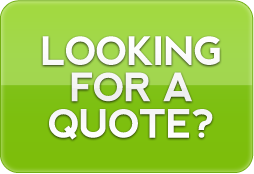 This is a solicitation for insurance. You may be contacted by an insurance agent.